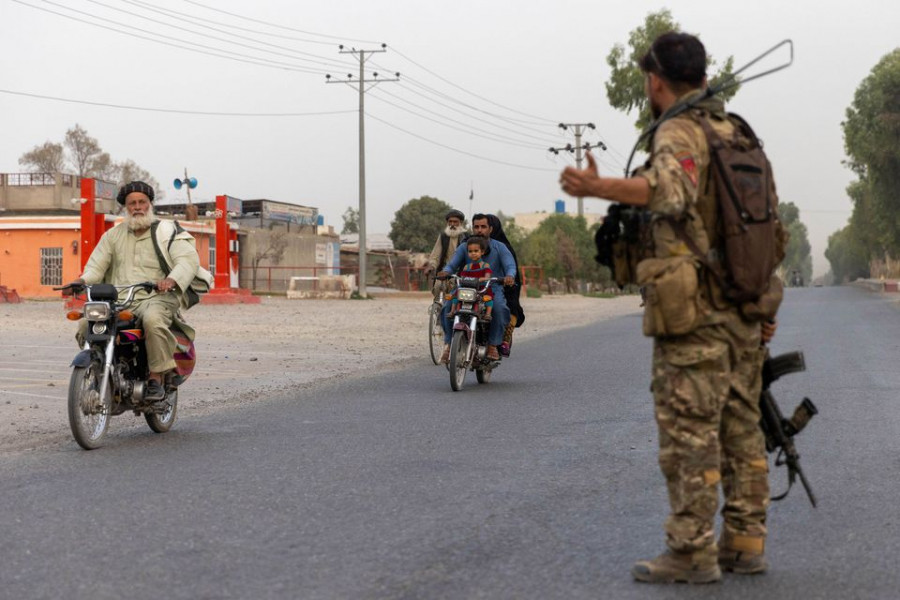 Harsha Kakar
An article in the Pakistan Business Recorder last week stated that the Taliban has asked the Pak government to initiate talks with the Tehreek-e-Taliban, Pakistan, (TTP) as it is unable to expel them from Afghanistan. The TTP has been responsible for maximum casualties to Pak troops and civilians in recent times. Most of the casualties Pak claims that it suffered in the war on terror stemmed from attacks by the TTP. The article quotes an official government source who states, ‘The Taliban expressed its inability to take any action against the TTP or expel them from Afghanistan or make their continued stay in Afghanistan conditional on not using Afghan soil to launch terror attacks against Pakistan. Instead, it mentioned that Pakistan should hold a dialogue with the TTP.’
This was embarrassing for Pakistan as it had been claiming that India was funding and arming the TTP. The TTP has part of its assessed 2500-6000 cadre fighting alongside the Taliban. This has ensured that the Taliban will continue to support it, despite all attempts by the Pak government to the contrary. It was the TTP which claimed responsibility for the Quetta hotel blast intended to target the Chinese ambassador to Pakistan.
Pakistan has also been plagued by a collection of other embarrassing security incidents in recent days, only displaying its increasing internal insecurities. The kidnapping and torture of the daughter of the Afghan Ambassador to Pakistan, the Johar Town blast targeting Hafiz Saeed, a UNSC proscribed terrorist, as also a possible terrorist attack on the bus transporting Chinese engineers constructing the Dasu Dam are few incidents which happened in quick succession.
In addition to these are regular targeting of Pak troops on its western borders by the TTP and Baluch freedom fighters. With the Pak-Afghanistan border in a state of flux, anti-Pakistan groups have gained leverage adding to Pak’s security concerns. There are reports emerging of refugees making their way to the Pak-Afghan border, numbers of which would increase as the scenario worsens in Afghanistan.
For Pakistan, the easiest scapegoat for all its ills is India and its Research and Analysis Wing (RAW). It blamed India for the Johar town blast while claiming the abduction of the Afghan ambassador’s daughter was an international conspiracy launched by RAW. It even went on to claim that the abduction was false, pre-planned and intended to embarrass Pak. It would have blamed India for the Dasu dam incident, however with the Chinese involved in the investigation, Pakistan will find it difficult to lie. The Chinese government stated that a third country could be behind the incident. Pakistan has repeatedly accused India of arming and funding the TTP. The recent statement from the Taliban, asking Pak to negotiate with the TTP, indicates that India is nowhere in the picture.
The diplomatic impact of this deteriorating scenario is already visible. The Afghan government has withdrawn its ambassador as also senior diplomats, compelling Pak to resort to the same. The Chinese were angered by Pakistan’s foreign minister SM Qureshi’s comment that the Dasu incident was an accident, when all evidence was contrary to it. They summoned Qureshi to Beijing and demanded he justify his comments. China stopped work on the Dasu dam demanding Pak review all its security measures. It has temporarily cancelled contracts for Pak labour.
There are fears of similar attacks on other Chinese projects within the country. The CPEC is already an announced target of the Baluch Freedom Fighters. The Dasu dam in Khyber Pakhtunkhwa province is not part of the CPEC, however, there are multiple groups targeting China for its exploitation of Baluchistan. If the current incidents are any indicator, it is likely that the security scenario in Pakistan would worsen with time and Chinese nationals could become targets. China has already warned its citizens in Pakistan to take precautions and avoid unnecessary movement.
Reports from Pakistan mention Chinese engineers working on CPEC projects are carrying weapons for their own protection against terrorist attacks. This, despite China funding the creation of additional Pak army units created for ensuring security of Chinese workers. It also indicates that China does not trust Pak troops to ensure their security. Simultaneously, China has warned that it may deploy its own troops within Pak for securing the CPEC.
Pak army sponsored terrorist groups are fighting for dominance amongst themselves within the country. Most of their cadre is currently employed in Afghanistan to boost the fighting power of the Taliban. With the Taliban controlling the countryside and few border crossings, where barely 20-25% of the population resides, the battle for Afghanistan has possibly just begun. Majority of Afghans live in cities which are still beyond the capability of the Taliban. The Afghan government, whom Pakistan accused of supporting the TTP and Baluch insurgents, has denied the same claiming the region where these forces operate are not under their firm control.
For Pakistan, a troubled Afghanistan is a growing nightmare. With talks failing in Doha, the possibility of a full-blown civil war appear imminent. This will provide space for anti-Pakistan groups to target the state. Pakistan is aware of the turmoil lurking around the corner. To offset its increasing security concerns, Pakistan has replaced its frontier corps, responsible for security of the Pak-Afghan border, with the army.
In addition to a horde of internal security issues is the burden of being on the FATF Grey List. This has impacted Pakistan’s ability to take loans from global financial institutions. Its only financial benefactor remains China, which is becoming wary of the security environment and financial viability of the CPEC projects.
Pakistan, which attempted to create mayhem in other nations is now facing a backlash on its own soil. Its snakes have come home to bite. It may seek to blame its neighbours; the fact remains that its flawed policies have led to a deterioration of its own security environment.
The author is Major General (Retd)