KOCHI: Kochi Metro Rail Ltd (KMRL) is gearing up for one of the biggest rehabilitation projects in connection with rejuvenation of six canals in the city to make them clean and navigable under Integrated Urban Regeneration and Water Transport System (IURWTS) Project. Around 600 scattered families have been identified on the canal banks and the KMRL is awaiting formation of new government in May for release of fund from Kerala Infrastructure Investment Fund Board (KIIFB).

Hibi Eden, MP, who is closely following up the rehabilitation project as it involves 600 families, said the KMRL had prepared a detailed project report  that includes rehabilitation of the families that will be evacuated. “P &T and Udaya colonies are among the places that have been identified for evacuation for the project. It’s learnt that those evacuated will be rehabilitated at the housing project which is being constructed at Kakkanad by KMRL,” Hibi added.

KMRL officials said that the construction of the first complex of 280 dwelling units will begin at Thuthiyoor and Kakkanad for which contract was allotted.“Every thing is progressing well. All necessary approvals have been received for release of funds from KIIFB. A decision to release the fund is expected once the new government assumes power,” said KMRL officials.KMRL has signed the contract with Antea Nederland BV and Antea Group India (formerly Unihorn India) as joint venture partner to make the identified canals clean and navigable. 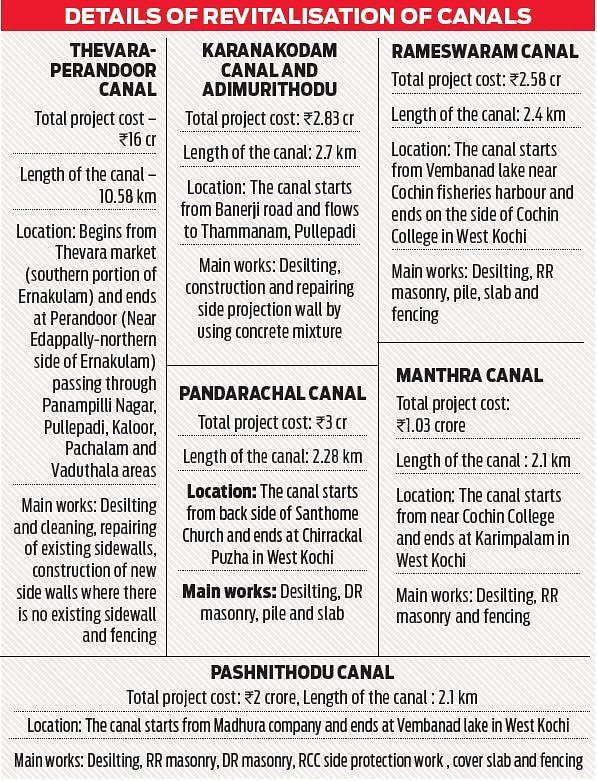